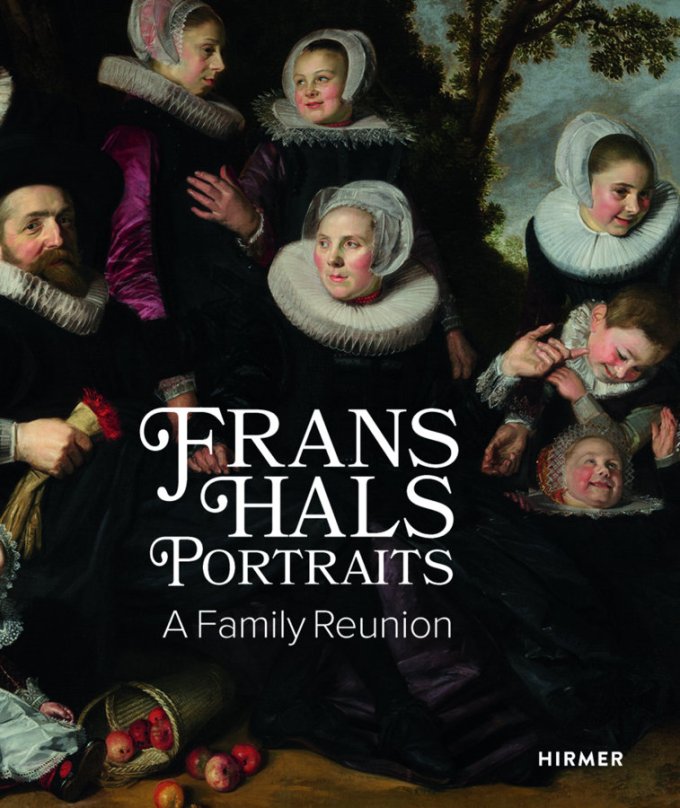 A current touring exhibition reunites fragments of a giant family portrait painted by one of the masters of the Golden Age of Dutch painting, Frans Hals (1582/3-1666) (Toledo Museum of Art, Ohio, 13 October 2018-6 January 2019; touring to Royal Museums of Fine Arts of Belgium, Brussels, 2 February-28 April 2019; Fondation Custodia, Collection Frits Lugt, Paris, 8 June-25 August 2019). This exhibition comprises nine paintings and one drawing. The exhibition is reviewed from the catalogue.
Hals was born in Antwerp and was taken to Haarlem by his family, who fled the Eighty Year War in the South Netherlands. We know little of his artistic training and early career. He was principally a portrait painter. Four of his sons followed their father in the painting trade. Hals was innovatory as a portraitist, being known for the development of complex expanded multi-figure compositions, capturing informal and lifelike facial expressions and body language and for portraying the individual characters of sitters. He made his trademark the wet-on-wet finish for his paintings, although the paintings were built up in different sessions and it was only the final layer that was painted so vigorously.
Around 1623 Hals was commissioned by a Catholic wool merchant called Gijsbert Claesz of Leiden and his wife van Maria Jorisdr van Campen of Haarlem, who moved to Haarlem after their marriage. The prosperous merchant had a large family of thirteen children and could afford the grand painting that the size of his family necessitated. Only in 2013 was the family securely identified as the van Campens. The book contains a family tree of the van Campen family, documenting the individuals portrayed in the picture. The portrait was apparently commissioned after the birth of the couple’s thirteenth child. When a fourteenth (and final) child was born, it was added to the painting in 1628 but this infant was painted not by Hals but Salomon de Bray, who signed the addition. The choice of artist was a good one, as the figure is painted in a style congruent with the original.

The van Campen painting is the earliest surviving group portrait by Hals. It shows the couple Gijsbert Claesz and Maria Jorisdr van Campen and their children in an outdoor setting. One of the children is being pulled in a miniature cart by a goat. This caprice is seen in another painting of the era. The painting shows the children ranged across the painting, interacting with each other, playfully, attentively, considerately. Thus the family is seen as harmonious, achieving concert through interplay of the natural tendencies of members combining for the benefits of the group collectively. In some paintings of the time, nurses and servants were included but research shows that all of the figures here are related.
The painting shows Hals’s abilities at his best and clearest, also demonstrates the competence of the artist as a composer of complex multi-figure tableaux. The painting is full of observant touches and individuality without neglecting propriety. It is easy to see why Hals was so esteemed in his time and later. One wonders about the painter’s later poverty, whether this was down to changing fashion, financial incompetence or the effect of competition. This book does not discuss Hals career as a whole.
The principal reason the painting was dismembered was probably practicality. Originally, the canvas is estimated to have been 153.5 cm high and about 333 cm wide. Scrutiny reveals that there is also slight water damage. At some point before 1810, the canvas was cut into three or four pieces. The original group portrait was divided into at least three parts, namely The Van Campen Family in a Landscape (all c. 1623-5; Toledo Museum of Art), Children of the Van Campen Family with a Goat-Cart (Royal Museums of Fine Arts of Belgium, Brussels) and Portrait of a Boy of the Van Campen Family (private collection). There may have been a further fourth section with two children but that remains unidentified or has been lost. The exhibition reunites the three parts for the first time in two centuries. It also includes six other portraits by Hals, including the large group portrait from the National Gallery, London. The catalogue illustrates examples of Dutch painted portraits, including Rubens’s wonderful double portrait of the artist and his wife, which fleshes out the genre that Hals’s paintings occupied.

The catalogue illustrates composites of the complete painting. A fascinating sequence of reconstructions shows how other experts have previously conjectured the original painting would have been, each limited by the circumstances. It includes forensic details that help to reconstruct the exact size of the original canvas. The authors present the current state of knowledge about the van Campen painting, discussing provenance, technical analysis, the extent of historic repainting and suggestions about the content of the lost section. This book studies Hals as a portrait painter and the practice of Seventeenth Century Dutch portraiture, with good examples reproduced. This succinct but informative title would make a good introduction to Dutch portraiture for students, as well as being an approachable addition to the corpus of Hals scholarship.

© 2018 Alexander Adams
View my art and books at http://www.alexanderadams.art