“”Long seen as a quintessentially modern and progressive figure – one of the artistic icons of the English Enlightenment – [Matthew] Craske overturns this traditional view of [Wright of Derby].” So states the publicity for a new study of England’s greatest realist artist, Joseph Wright of Derby (1734-1797), the painter who has a claim to be called England’s Caravaggio. But Matthew Craske demonstrates “the extent to which Wright, rather than being a spokesman for scientific progress, was actually a melancholic and sceptical outsider, who increasingly retreated into a solitary, rural world of philosophical and poetic reflection, and whose artistic vision was correspondingly dark and meditative.”

“The standard view is that Wright lacks Caravaggio’s terribilità. While the Italian was a firebrand set on shocking society and overturning decorum with his blend of gory sensationalism and uncanny precision, Wright’s art has been seen as the embodiment of rationalism, the English polar opposite to the Italian trailblazer.

“However, Matthew Craske, of Oxford Brookes University, begs to differ. His thesis is that Wright was prey to dark psychological forces that drove him to depict the darkness in his famous scenes of science and industry in nocturnal settings. Wright’s astonishing A Philosopher Lecturing on the Orrery (1766, Derby Museum) and Experiment with a Bird in the Air Pump (1768, National Gallery) are masterpieces of clarity, composition and human insight. In Experiment, we see the master of ceremonies (part scientist, part magician) about to demonstrate the qualities of a vacuum by activating new apparatus that will kill the bird in the glass bulb….”

Read my full review in The Critic here: https://thecritic.co.uk/englands-caravaggio/ 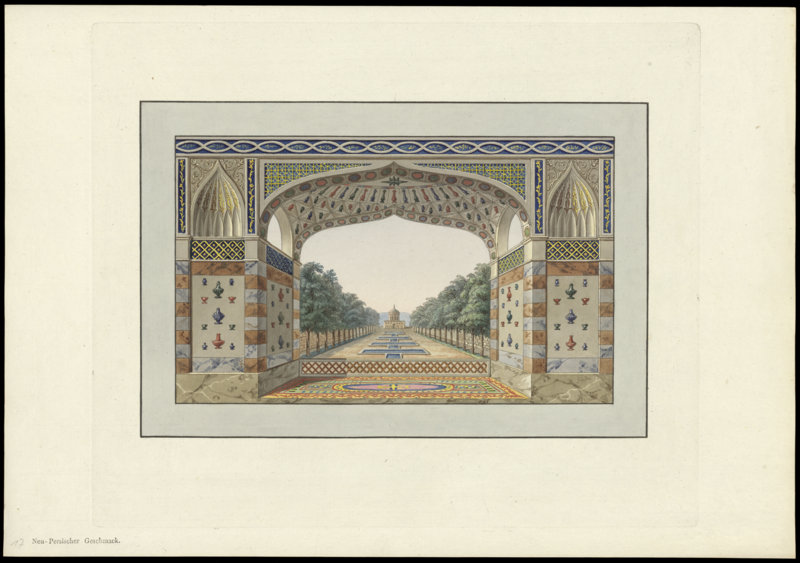 Part of the German Enlightenment that produced Alexander von Humboldt, was author and arts administrator Joseph Friedrich zu Racknitz (1744-1818). His a treatise Darstellung und Geschichte des Geschmacks der vorzüglichsten Völker in Beziehung auf die innere Auszierung der Zimmer und auf die Baukunst (Presentation and History of the Taste of the Leading Nations) (4 vols., 1796-9) comprises an attempt to survey decorative styles of the great civilisations of the world, past and present. Racknitz’s book is an encyclopaedic study of the decorative arts. It is a rarely cited and little known work that sheds light on the German Enlightenment and the reception of historical and non-European decoration in this era. Simon Swynfen Jervis has translated, annotated and introduced the first complete English-language edition of this obscure publication.

The aristocratic family of Racknitz was a Protestant family which fled Bavaria for Saxony. They were resident in Dresden during Joseph’s lifetime, connected to the court. Racknitz spent early years studying music, geology, mineralogy and natural history. Saxony at this time was a centre of learning, publishing and industry, at the forefront of European ceramics. His first book was Briefe über die Kunst an eine Freundinn (Letters on Art to a Female Friend) (1792). “The summary index describes Racknitz’s exceedingly conventional hierarchy of painting. But this absence of originality renders the book an invaluable compilation of ideés reçues.” In that book he ranked the qualities of French and English landscape gardening, preferring the latter but conceding the former as “more appropriate and practical”.

In the mid-1790s Racknitz advocated the founding of a design school in Dresden and an exposition of art and design in the city to encourage advancement of the arts. He was involved in the planning of decorative and architectural schemes for the court and related bodies throughout the latter half of his life. Design of his own house was a project informed by his extensive knowledge of the arts. Much of his work was obliterated by the bombing of February 1945.

For the most part, Presentation and History of the Taste of the Leading Nations was respectfully received upon publication. The illustrations were highly praised; a few reviewers took exception to aspects of Racknitz’s project. Goethe and Schiller did not think highly of it, but aside from a few mocking epigrams they did not overtly criticise Racknitz. The lack of French or English translations limited international impact of the treatise and it subsequently fell into obscurity. When it was noticed during the subsequent centuries, it was principally for the illustrations.

This book text prints an unexpurgated translation of the full text of the four volumes, including line engraving illustrations, with a section at the end reproducing large hand-coloured engravings from the deluxe volumes held by the Getty Museum. Extensive introductory essays and notes cover Racknitz, his book and the reception of his work.

Peoples or regions Racknitz selected for inclusion are Moors, Jews, Turks, Ancient Egypt, France, Etruscans, Romans, Tahiti, China, Greece, India, Germanic, English, Persia, Mexico (Aztec) and Siberia (which Racknitz conflates with Western European Russia). The quixotic inclusion of primitive interiors of Kamchatka was for the sake of breadth and novelty rather than guidance they could provide designers and architects. Descriptions of unfamiliar cultures are short and are more ethnographic or anthropological in character. Racknitz spends more time on the daily routine of an average Tahitian than on island architecture.

Architect Christian Traugott Weinlig (1739-1799) wrote sections that required detailed architectural knowledge and terminology. The engravers were various. Jervis lists 13 different engravers, with the largest contribution to the illustrations being that by Johann Gottfried Schmidt (1764-1803). The vignette illustrations are competent line engravings which generally would generate little comment separated from the book. An exception is the beautifully modulated cave engraving by Christian Friedrich Stoelzel. The full-page end illustrations are engravings with hand colouring are much more striking. Interiors of grand courtly residences are paired with separate illustrations of furniture, tiles, patches of decoration or images of different woods. The bright colours, schematic frontal designs and inclusion of picturesque views outside the interiors remind one of video-game backgrounds from 10 or 15 years ago. Figures are rarely included in the grand views but do appear in the vignettes. One does wonder about the accuracy the scales of the scenes are. There seem more than a few cases of Piranesi-style inflation.

The description of the discovery and recovery of objects from Herculaneum is particularly good, as it draws from recent sources explaining the methods and restrictions of excavation. There is an extensive summary of the Palais du Louvre, which Racknitz considered a paradigm of good design and taste.

The amount of space given to each subject depended upon a) the amount of material available to the author and b) the author’s relative enthusiasm for the subject. The book’s organisation was not logical or clear and the relative length of the volumes was inconsistent; Jervis suggests that this was in part due to the author adapting to the delivery of completed illustrations.

Racknitz is short on citing specific buildings and presenting figures regarding numbers of buildings, the economic imperatives at work and exact measurements of ideal proportions and layouts. He quotes and names sources but his arguments are replete with vague generalities and unsourced assumptions. Today Presentation and Treatise is of interest for its historical significance rather than as a source for anyone researching decoration and taste of the subjects discussed. As such, it functions as an example of the totalising quasi-analytical aspect of the German Enlightenment as it related to the applied arts.

We find typical examples of Enlightenment Orientalism, as Racknitz assesses Oriental modes of architecture and furnishing in a manner that seeks to be discriminating and dispassionate but which also reveal Racknitz to be a man of his era. The common view was applied art and architecture exemplified the outlook of a nation’s character. Here is Racknitz on the modern Persian:

Like other Orientals, the Persians may be compared to a man born in the lap of luxury who has been told from his childhood that he has more than enough, and that it requires no effort but only the exercise of his will and a small part of his treasure to set in motion the activity of other men, to satisfy his needs and fulfil his wishes; flattered and lulled by those notions he shies from any mental exertion, and has no other desire but to dream away his life in idle luxury and sensuality, and rather vegetates than lives in a dependence, unnoticed by him, on those whose knowledge and ability are indispensable to him.

Orientals are for the most part idle and are only inspired to action by the necessity to secure their most essential needs.

In contrast the Moors are a “bold and courageous people combined in an unusual manner a lively, cheerful temperament and manly gravity.” Arabs are “courageous, frugal, tireless, and inured to bear all hardships, fearing neither hunger and thirst nor death”. Turks are a “warlike, cruel, and proud people” restrained by their religion from taking up the advanced culture that they had conquered in Byzantium. Jervis notes that the sensitive and detailed chapter on Aztec design forms an early example of European Meso-American anthropology that would flourish in later decades.

This attractive and thorough scholarly presentation makes a contribution towards our understanding of Racknitz, the German Enlightenment and the origins of academic Orientalism in the German-speaking world.

To see my books and art visit: www.alexanderadams.art