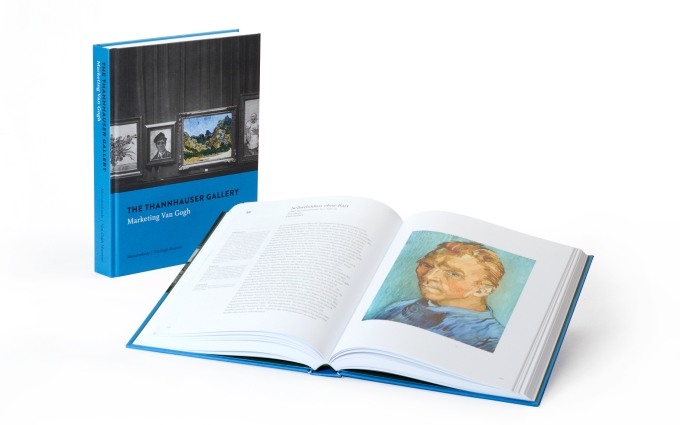 We are so used to encountering art by a single art in the form of a monographic exhibition or book, where the items are used as a chain linked by the fact that all the works are by a single author. When we look through a catalogue we barely notice the ownership of the works; the information is on labels and relegated to lists of lenders at the end of the book but it does not greatly inform our understanding or appreciation of the art. Yet there are many ways of looking at art works: as products of a certain artist, as objects from a specific region, as items bought and traded. Art is assuredly also property and its transfer through commerce tells us much about the status, reception and understanding of art over a long period of time. It is this study that shapes a new book, The Thannhauser Gallery: Marketing Van Gogh.

In 1905 Heinrich Thannhauser (1859-1935) co-founded branches of galleries selling Secession art in Berlin and Munich; his son Justin (1892-1976) joined the business in 1916. The Thannhausers operated galleries in Berlin (1905-37), Munich (1905-28) and Lucerne (1920-30); they soon featured the most advanced art of the period. They held a ground-breaking retrospective of Van Gogh’s art in 1908, in Munich. The Thannhausers did not treat art of the Modernist avant-garde merely as property but as part of a culture of a historically important movement, to be carefully documented, curated and researched. The gallery’s illustrated catalogues became valuable reference sources for the trade. Thannhausers’ clients were public and private collectors, the private ones being a mixture of Europeans, with a few Americans. Museums which hold ex-Thannhauser Van Gogh paintings include the Hermitage, the Metropolitan Museum, MoMA and many other museums, especially American ones. Promotion by Thannhauser and other dealers helped accelerate Van Gogh’s elevation to the canon.

The Thannhauser Gallery proved to be an important link between German audiences and non-German Modernist art. Thannhauser exhibitions, publications and informal stock sales were the way many Germans were introduced to the art of leading avant-garde artists, including the Impressionists, Post-Impressionists, Matisse, Picasso and Van Gogh. Although Thannhauser Gallery was not the sole Modernist dealer in Germany, it was one of the most prominent and highly regarded. A network of assistance, internal dealership and rivalry existed between the few dealers of Modernist art in pre-1939 Europe, all with a vested interest in disseminating information about the wave of new art.

Gallery stock is an unpredictable mix of what was available and acquired from private sources, other dealers and auction houses and artist’s estates. That peculiar scattershot quality gives collections and gallery stock their individual characters. This catalogue documents and illustrates 107 paintings and drawings attributed to Van Gogh that passed through the Thannhauser Gallery (and later Justin Thannhauser as a private dealer) between 1905 and 1963. There may have been more but incomplete documentation does provide enough information for listing in this publication. What is particularly rewarding about this project is that it includes fakes and copies that were once considered genuine and sold as such. Most current catalogues raisonnés do not include sections on known fakes; the present situation in the USA means that such sections are often inadvisable, as the legal and financial repercussions for declaring a work fake can be serious. The fate of future publication of catalogues raisonnés is in doubt. 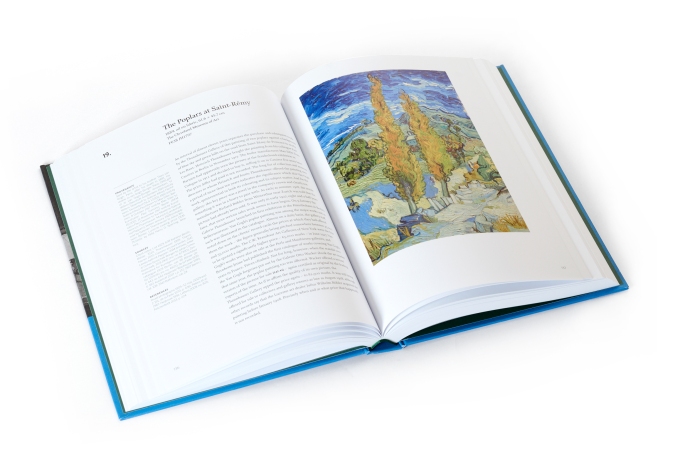 This catalogue includes essays on the way the gallery did business and communicated internally, how it recorded client details and an overview of the client base. Individual works are illustrated and a full provenance given – usually stopping at the point Thannhauser sold the work. Sources, bibliography and cross-references are given. Notes discuss the story of the item was acquired, how it was marketed and its fate. One of the masterpieces was Cypresses (1889), now owned by the Metropolitan Museum. Other works span the artist’s whole career and every subject: portraits, landscapes, figure studies, flowers, still-lifes, even a rare nude. They range from large oil paintings to ink drawings, drawings from letters down to a casual scribbled observation of figures on a street.

The Wacker scandal of the 1920s damaged collector confidence in purchasing art by Van Gogh. Van Gogh is an easy artist to fake in a superficially persuasive manner. Otto Wacker Galerie had sold numerous fakes as genuine works and once this became publicly known a cloud of suspicion descended on the Van Gogh market. Clients threatened to sue Wacker and a number of art appraisers (including prominent art historian Julius Meier-Graefe) were implicated in issuing certificates of authenticity for non-genuine works. Wacker was tried for fraud. Looking at the pictures illustrated we can test our skills of appreciation. Some works are relatively persuasive while others are obvious forgeries. Even great artists can have off-days and there are a number of genuine but poor Van Gogh paintings here. They have the bonus of unfamiliarity. You won’t have seen them in the usual books or the big museum exhibitions.

The catalogue illustrates the fakes – some now confined to the basements of museums. A handful of paintings cannot be traced and go unillustrated, leaving us with general titles, such as Woman, Landscape and so forth. These may be actual works still missing, fakes which have fallen into obscurity or already known works whose provenance has become obscured. There is a slight possibility that they are stock-keeping errors. A melancholy alternative is that these are paintings that perished in the war.

With the rise to power of the Nazi party and the increasingly onerous restrictions on Jewish ownership of businesses, Thannhauser looked to move stock abroad and divest himself of ownership of the Berlin branch. He relocated to Paris and began dealing there. In 1939, with clouds of war gathering, Thannhauser sent much of stock abroad for exhibition, seeing that it would be safer out of Europe. Thannhauser senior died in 1935; and in 1940 Justin, his wife and two sons left Switzerland, departing for New York. He was unable to retrieve all his stock, some of which was confiscated by German authorities. Much of that was destroyed during wartime bombing. In addition to the gallery stock, much of the archives, correspondence and library were also lost or destroyed during the war. The remaining records have been transferred to ZADIK, Central Archive for German and International Art Market Research, Cologne, where they have been consulted for this publication.

Thannhauser did not open a gallery in New York but instead sold stock privately and via galleries and auction houses until 1963, when he announced that he would donate 75 significant pieces from his private collection to the Solomon R. Guggenheim Museum, New York. This included two paintings, four ink drawings and three letters by Van Gogh.
The donation remains at the museum as a permanent legacy, paying tribute to his family, his adopted homeland and Modernist art his family championed.